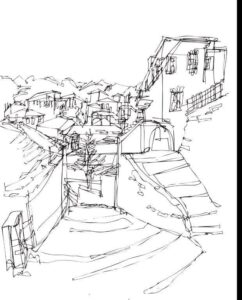 Iphigenia Mastrogianni   The poet and the seal of freedom

The book | The book is referred to a great poet, Kostas Krystallis. The hero, Odysseus, is a boy of nowadays who discovers the seal of freedom through an oral story. This story is short but refers to the emotions of the poet and his dream to escape slavery and return to his birthplace.

“A literary book with high meanings that deals with the poet who praised freedom. Even though he died young, he left significant work for future generations.

Filippos Fotiadis studied Architecture and Fine Arts at the Rhode Island School of Design and the Harvard Graduate School of Design.
Along with architecture, he is engaged in painting and illustrates children’s books.