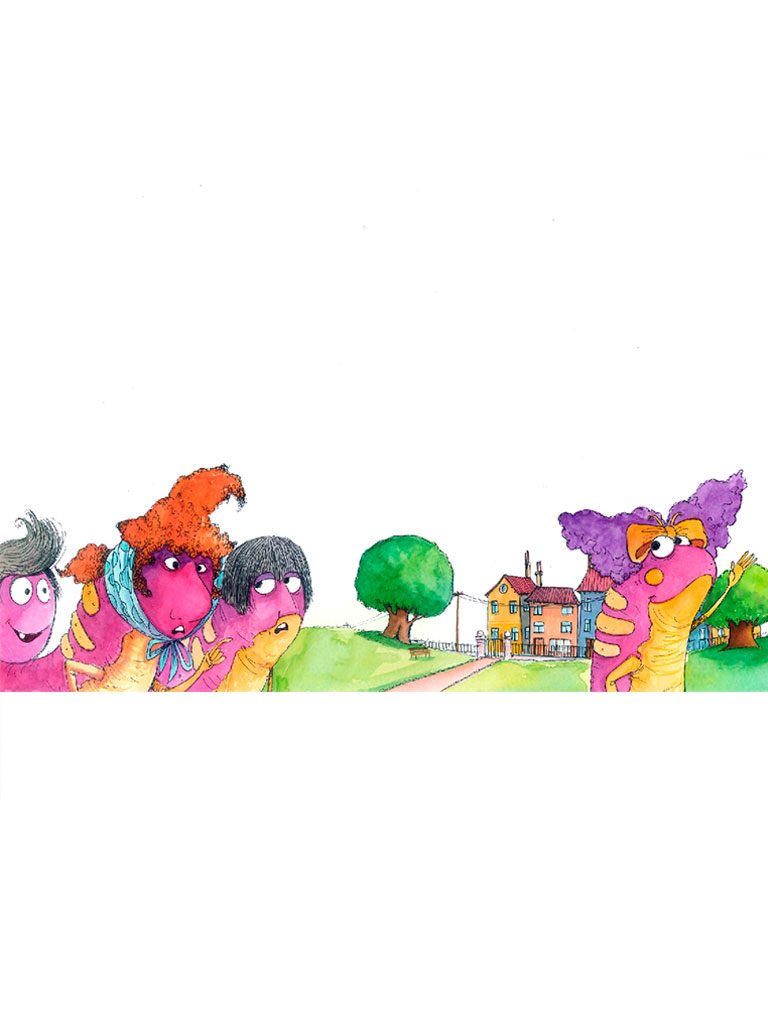 The book | TThe caterpillar Marigo did not like being among caterpillars. She wanted to go as high as she could! Α wonderful tale for the fulfillment of dreams, the acquisition of experiences, selfishness, modesty, socialization and the value of co-existence.

The author | Eleni Priovolou comes from Angelokastro in western Greece where she spent her childhood years. She studied sociology at the University in Athens, the city where she now lives. She has written not only books for adults but a substantial number of works for children and young people, including plays and fairytales. She also wrote the script for the children’s television series «The Caravel of the Heavens», broadcast on Greek National Channel 2. In 2009 her book «The Signal» won the magazine «Diavazo»’s prize for books for older children, while in 2010 her novel «The Way I Wanted to Live» won the Readers’ Prize. Her book for young people «Together» was a candidate for the 2013 State Prize for Novels for Young People as well as for the 2014 Public prize.

Christos Dimos was born and brought up in Ioannina. He worked in the field of advertisement and cartoons. He lived in London and cooperated with Warner Bros for the production of the movie “Space Jam”. He also participated in other cartoon movies. Upon his return in Greece he worked on children’s illustrations and fulfilled his biggest aim. He is a candidate for the Andersen award for 2018.