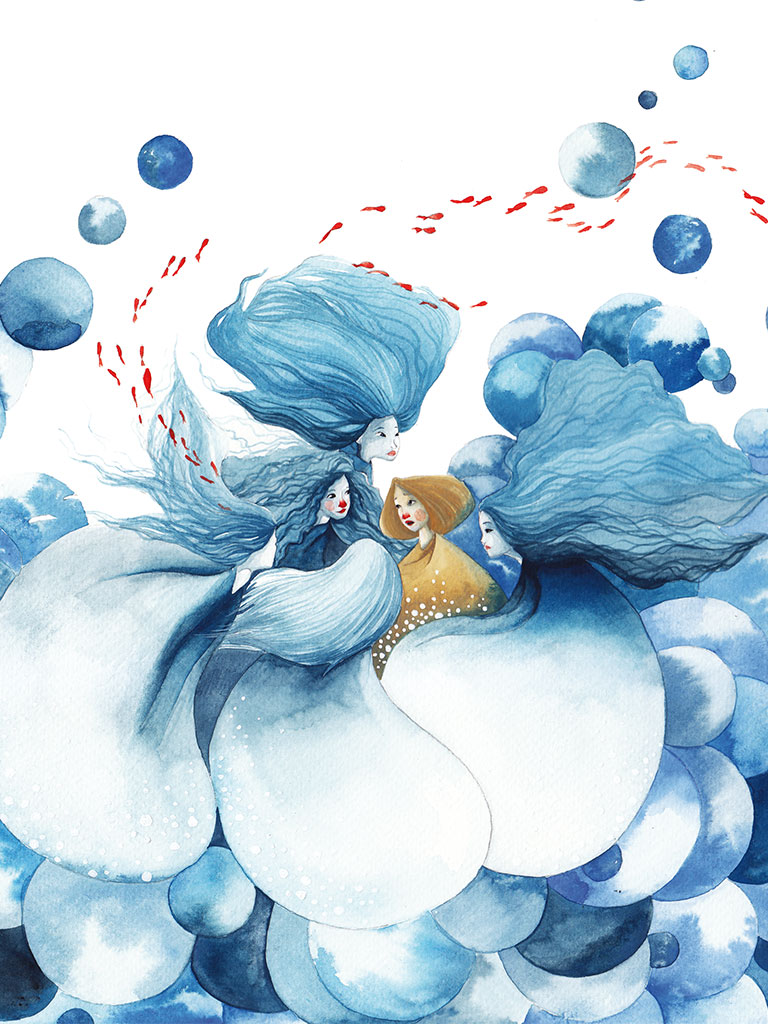 Marivita Grammatikaki   Once upon a time there was a cloud

The book | Once upon a time there was a small raindrop different from the other ones. She wanted to escape from the rain and travel alone beyond the sea and the mountains. But soon she met another unique drop and together they explored the fascinating world around them.

A story for all ages that captures the journey of life through friendship, coexistence and love.

Aimilia Kontaiou was born in 1984 in Athens. She graduated from “AKTO” in the field of cartoons. She has illustrated more than forty books and participated in exhibitions. In 2013, her illustration was included in the Calendar of the International Library of Munich (Arche Kinder Kalender 2013, Internationale Jugendbibliothek, Muenchen).