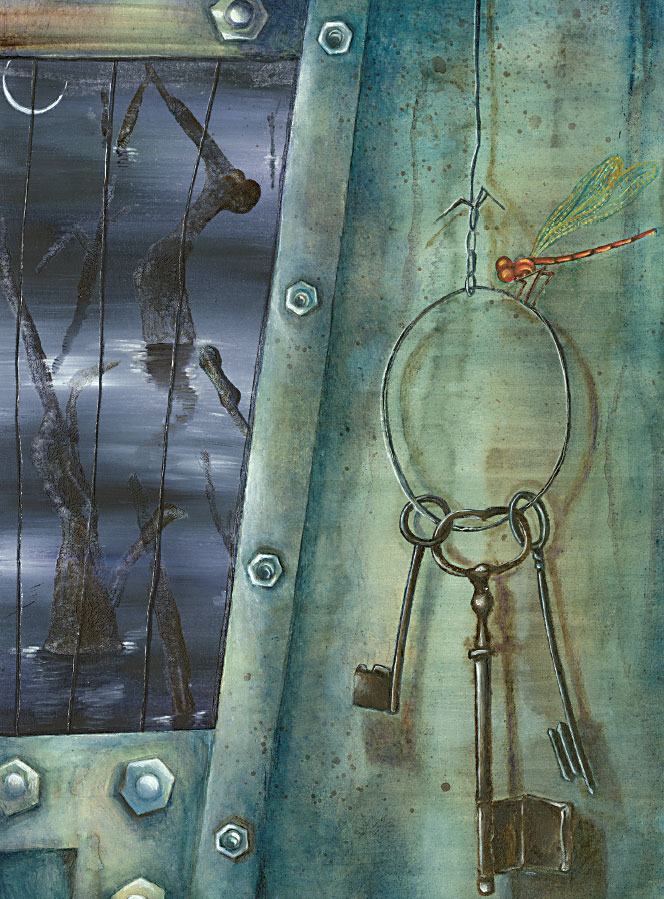 The book | Trisevyeni’s journey along the road of joys and sorrows leads fi nally to a world of freedom. A tale rich in symbolism and moral messages, set off splendidly by Katerina Veroutsou’s illustrations.

In «Τhe Blue Shell» by Marivita Grammatikaki we stumble unexpectedly into delightful worlds of the imagination where nature is ruled over by noble lords and ladies. Trisevyeni, the book’s heroine, has been blessed with three virtues worth their weight in gold: kind-heartedness, generosity and patience. And with them she wins the battle over those powers that try to deny her all life’s joys.
elpinex.com

The lovely word pictures created by the author give the illustrator the opportunity to paint dreamlike images that enchant the reader. Through these pictures this book can also well be read to children of pre-school age.
diavasame.gr