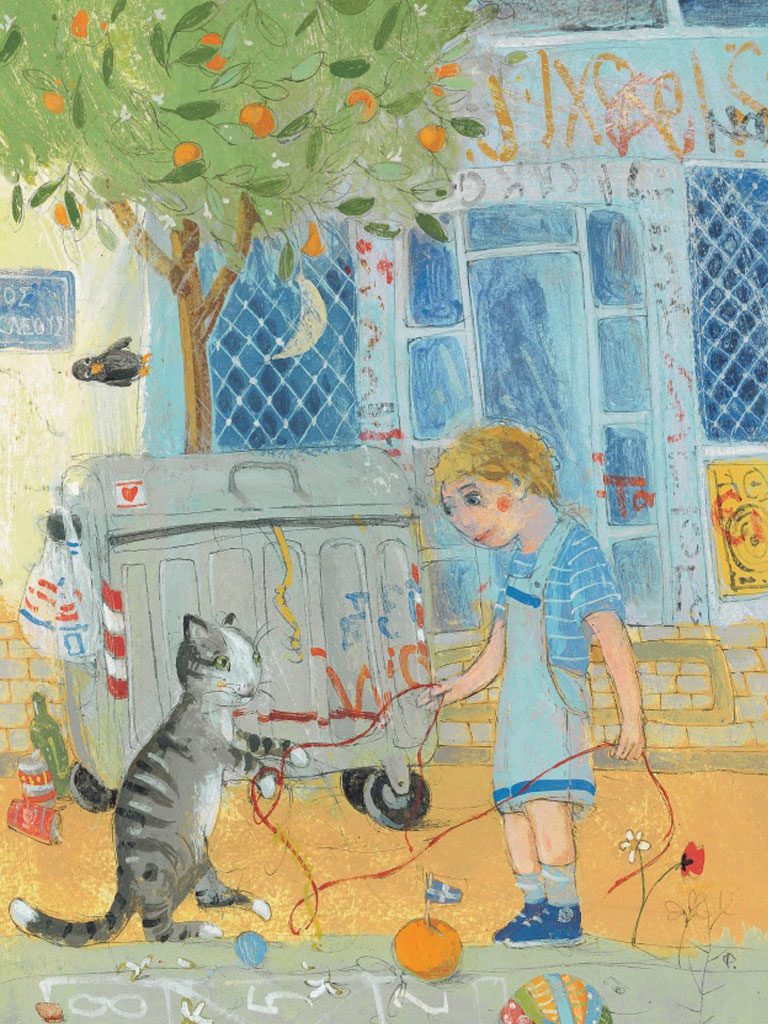 Christos Boulotis  The cat Boom Boom and the moon

The book | The cat Boom Boom lives in a big square and his house lies under a dustbin. He was born on a winter night when there were demonstrations and there was big commotion. One day the cat Boom Boom will meet another cat that comes from long away because his country is in the middle of war. The moon that sees this company will help each of them find their own way and meet their desires.

The hope for peace, the faith in happiness, the search for identity and humanness are depicted in this story.

The author | Christos Boulotis was born at Myrina on the island of Limnos. An archaeologist, he is a member of the Athens Academy. Having previously taught at the Ionian University he now teaches both in the postgraduate departments of the Philosophy School of the University of Athens and at the School of Fine Arts. He has conducted excavations on Crete and Santorini, at Elis and on Limnos. Since 1987 he has also been a prolific author of children’s books, with more than seventy titles published. His first published work, «The Strange Love of the White Horse and the Poplar Tree» was awarded the Pier Paolo Vergerio prize in 1989. «The Water-Melon Thief» and «The Statue Who Was Always Cold» won the annual prize awarded by the Greek Section of IBBY in 2003 and 2000 respectively.