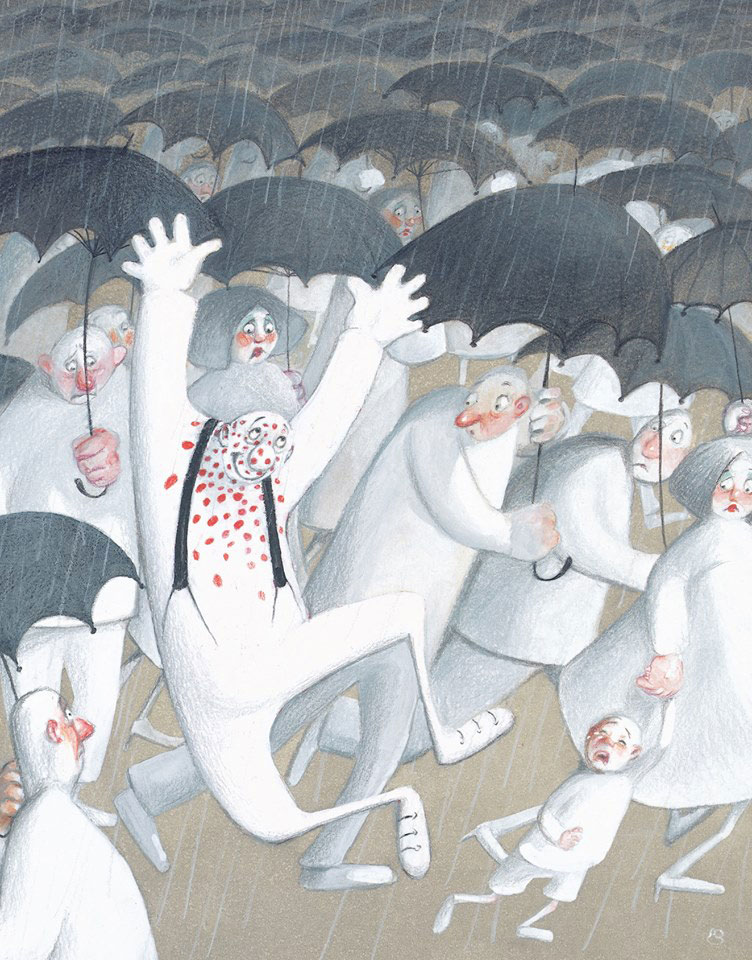 The book | This tale about racial prejudice and the right to be different speaks to our hearts.

The author | Nicolas Andrikopoulos was born in Athens. He was trained as graphic artist at the Technological Applications Centre. In 1993 he began a career as an illustrator of children’s books. He has provided the illustrations for seventy books till now, eight of which he has also written. In the course of his career he has also illustrated more than 300 greetings cards, including three for UNICEF, and around seventy covers for books aimed at young people. His work has been shown at numerous group exhibitions both in Greece and abroad, and he has also displayed his work in five individual shows. His works can be found in several private collections and he has won numerous distinctions and prizes in Greece and other countries.

A remarkable book which speaks to children’s hearts about diffi cult matters such as fear of those who come from other parts of the world and people who are diff erent from ourselves, but which comes to an optimistic conclusion: that however unlike we may be from one another, we can find a way to live in peace together. The illustrations make the book even more appealing to children, as does the text, which captures their attention by having key points printed in colour.
Francesca Revela, kosvoice.gr