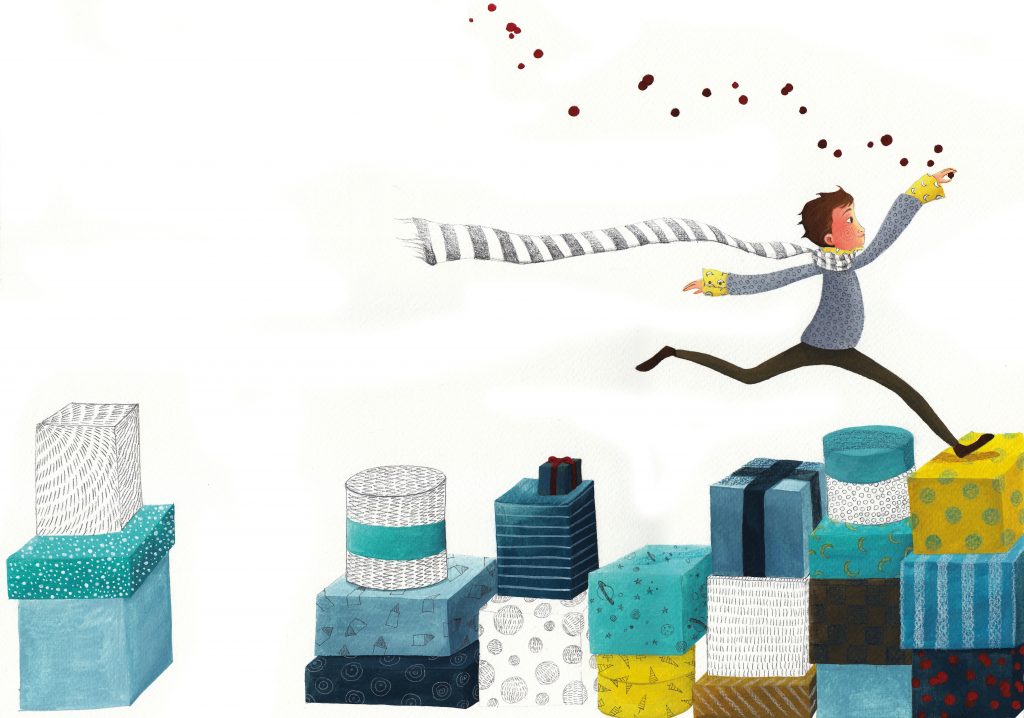 Christos Boulotis  Which is the Christmas Planet?

The book | The story of a little boy who loves Christmas so much and cannot wait for a whole year to come. So he decides to do something that no one has ever thought of: to live on a planet where there is always Christmas! Which is this planet and how can we go there?

The true meaning of Christmas through a thoughtful and funny story.

The author | Christos Boulotis was born at Myrina on the island of Limnos. He is an archaeologist and a member of the Athens Academy. Having previously taught at the Ionian University he now teaches both in the postgraduate programs of the University of Athens and the School of Fine Arts. He has conducted excavations on the islands of Crete, Limnos and Santorini and in Peloponese. Since 1987 he has been a prolific author of children’s books, with more than seventy titles published. His first published work, «The Strange Love of the White Horse and the Poplar Tree» was awarded the Pier Paolo Vergerio prize in 1989. «The Water-Melon Thief» and «The Statue Who Was Always Cold» won the annual prize awarded by the Greek Section of IBBY in 2003 and 2000 respectively.

Aimilia Kontaiou was born in 1984 in Athens. She graduated from “AKTO” in the field of cartoons. She has illustrated more than forty books and participated in exhibitions. In 2013, her illustration was included in the Calendar of the International Library of Munich (Arche Kinder Kalender 2013, Internationale Jugendbibliothek, Muenchen).

Candidate for the 2019 State Prize.